Over the last few weeks, an amazing story has unravelled. It has twists and turns, heroes and villians. This is the complete history of...


A Youtuber by the name of InfernoPlus released a video showing his new, 'battle royale' version of super Mario Bros. Watch it here. Anyway, at the time, this piqued the interest of many a person. Well, I think that undersells it a bit. the game BLEW UP. People went crazy over the game, and rightly so - this game was strangely addicting.

Too bad the big N weren't fans. The game reused Mario levels and physics (not Nintendo's favourite thing) AND the game linked to a patreon account, meaning that, in Nintendo's eyes, profit could be made from the game. It was swiftly hit with a DMCA strike, and the story gets interesting. 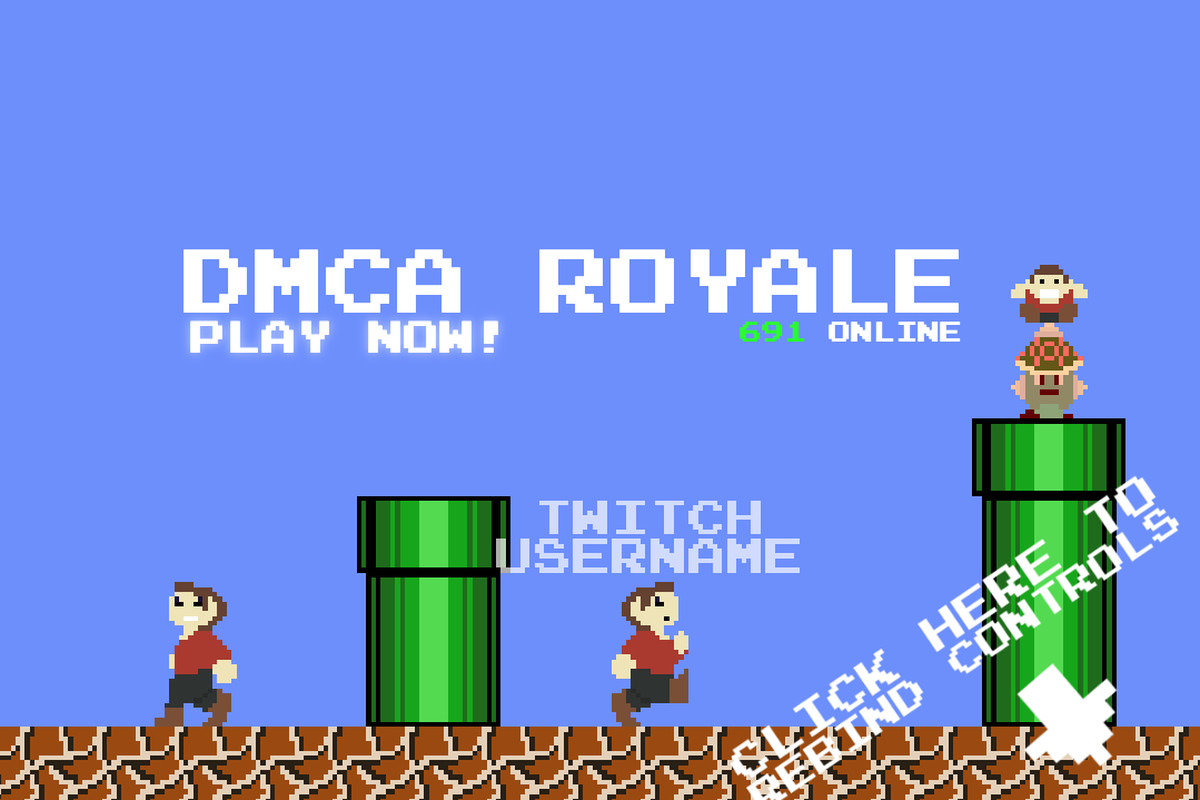 The game was renamed and reskinned to 'DMCA Royale'. The game remained popular - until Nintendo struck once more.

However, the story continues. Over on the discord server, the project keeps being propped up on several domains. Nobody knows where the story will go!